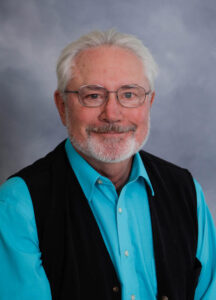 After graduating Chilhowee High School, I earned a B.S.E. in English and Secondary Health/Physical Education at CMSU. I began teaching junior high English and coaching junior high basketball and track in March of 1975 in the Ferguson-Florissant School District in St. Louis County. Three years later I moved closer to home and taught English and coached varsity basketball and track at Nevada High School. While at Nevada I completed my masters degree in guidance and counseling through CMSU. Five years later I moved to Clinton where I taught two years of middle school English, seven years of high school English and five years of yearbook, before moving into the special education department as a psychological examiner for the remainder of my career. Along the way I coached middle school football, middle school track, boys jv basketball, and varsity girls basketball two different stints. After enjoying a year and a half of retirement, I finished the year teaching English and coaching boys basketball at Montrose. In the fall of 2007, God and Gene Reid led me to teach middle school English at CCA, and that winter I coached the first CCA girls’ basketball team.

My wife, Patty, and I enjoy our five children and fifteen grandchildren. I like to hunt and fish at every opportunity, and I serve the Lord through First Baptist Church of Clinton and CCA.